Over the past two years, the Syrian government has embarked on a systematic campaign to demolish large swaths of urban areas and raze entire neighborhoods in an effort to punish opposition supporters and drive suspected rebels out of strategic areas, according to a new report by Human Rights Watch. The report details the destruction, by explosives and bulldozers, of thousands of residential buildings spread across seven neighborhoods in Damascus and Hama, two of Syria’s largest cities. The practice of destroying civilian areas, either as a form of punishment or in an attempt to clear ground, contravenes the laws of war, says Ole Solvang, emergencies researcher at Human Rights Watch. “Wiping entire neighborhoods off the map is not a legitimate tactic of war,” Solvang says. “These unlawful demolitions are the latest additions to a long list of crimes committed by the Syrian government.” 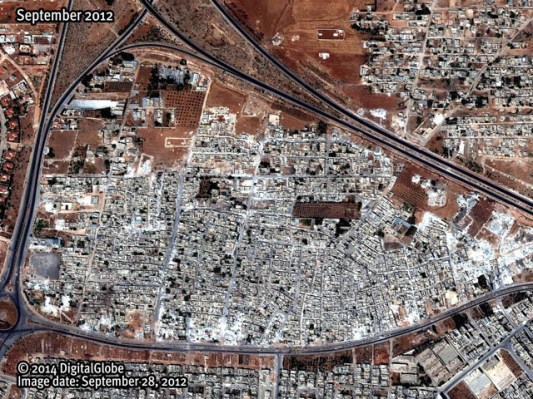 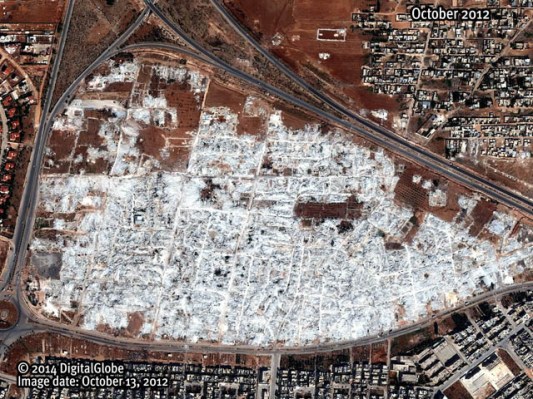 In official announcements the government has stated that the demolitions were designed to remove illegally constructed buildings or were part of urban planning efforts, according to the report, but similarly illegal edifices in pro-government areas were left alone. A government official, speaking to TIME on condition of anonymity, says that the sites had long been slated for destruction. But in most cases the demolitions were supervised by military forces, and often followed fighting between government and opposition forces, says the report. “No one should be fooled by the government’s claim that it is undertaking urban planning in the middle of a bloody conflict,” says Solvang. “This was collective punishment of communities suspected of supporting the rebellion.” In many cases residents were reportedly not even given a warning. “I begged the soldier to let me in to collect my belongings,” a woman going by the name Umm Oday, from the Hama neighborhood of Masha` al-Arb`een, told Human Rights Watch. “He let me, but I had only a few minutes. After I left, the bulldozer demolished my house. Nothing was left of it, not even the walls.” Nothing was left of her neighborhood either: more than 40 hectares were flattened in the first two weeks of October 2012, says the rights group. 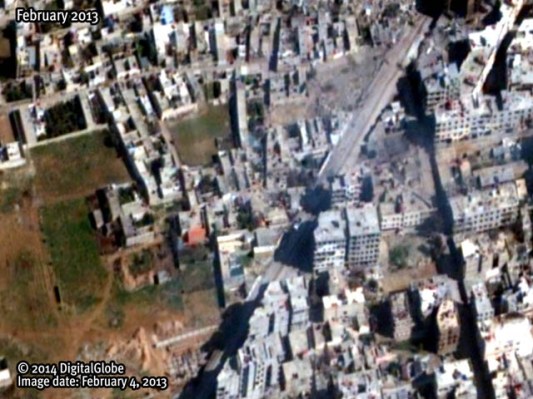 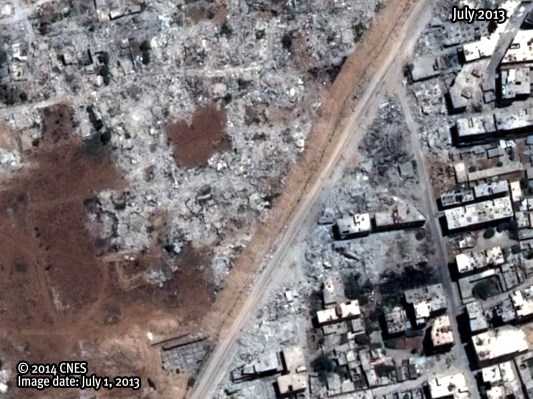 DigitalGlobe / CNES / Human Rights Watch
Extensive demolition of dozens of high-rise residential and commercial buildings along the main road between Mezzeh Air Base and the neighborhood of Daraya.

While the central government claims the demolitions are not connected to the war, local leaders and media organizations have been more forthcoming. Hussein Makhlouf, Governor of Damascus Province, told the Wall Street Journal in November 2012 that the demolitions were essential for driving out rebels, or “terrorists” as he called them. Military spokesmen have frequently been quoted speaking about “cleansing” areas of rebel supporters.

Under the laws of war, parties in a conflict are only allowed to attack military objectives, says the report. “The intentional or wanton destruction of civilian property is unlawful unless the property is being used for a military purpose, such as for the deployment of opposing forces.” The Syrian government holds that these areas, well known to be rebel strongholds, represented a clear military target as they housed fighting groups who were attacking regime forces. “Only the areas that had militants in them, where they were sniping at government targets and posed a security threat, were destroyed,” the government official tells TIME. 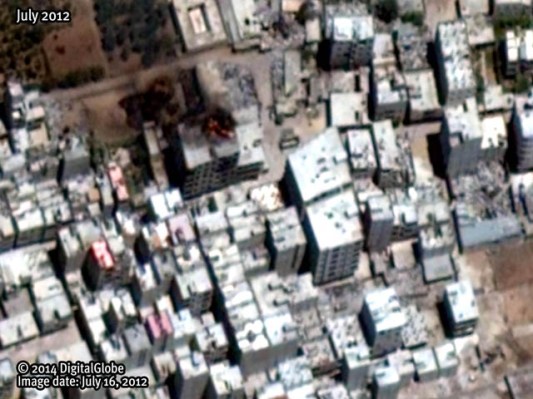 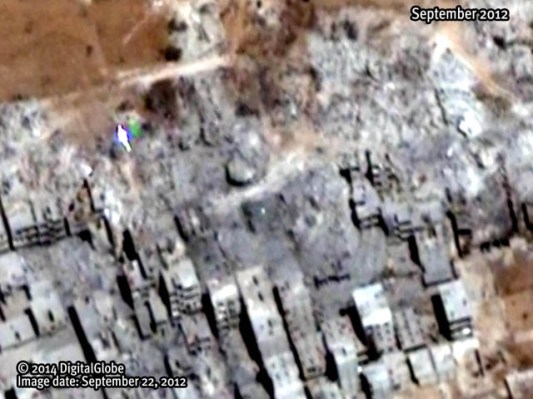 As with much in the Syrian conflict, ambiguities remain. Rebel groups do fight from civilian areas, particularly in an urban environment where frontlines can fall along even the narrowest of back alleyways. Some of the destroyed neighborhoods sheltered arms depots for rebel groups, according to government accounts in the report. But what is clear is the result. More than two million refugees have flooded into neighboring countries, and that number is likely to double as the war continues into its fourth year, say concerned officials in neighboring Lebanon. The likelihood of those refugees returning home at the end of the war decreases as the rate of destruction rises. If entire neighborhoods disappear, those refugees will have no home to return to. 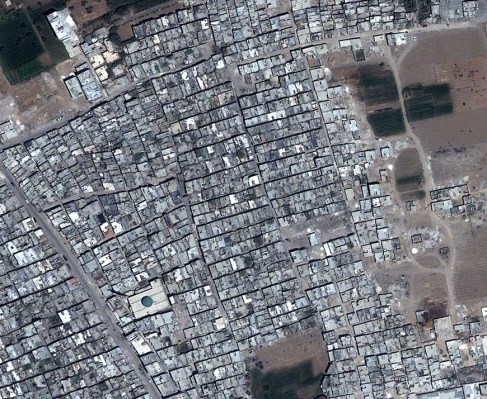 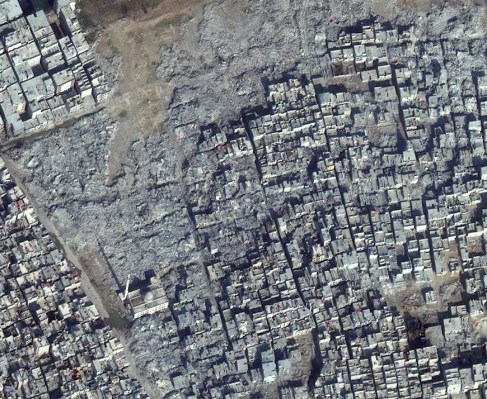 DigitalGlobe
The neighborhood of Yalda, in south central Damascus in 2003 and ten years later.

MORE: The destruction of Syria, revealed in satellite images.